5 Remarkable lessons that sports taught me about leadership 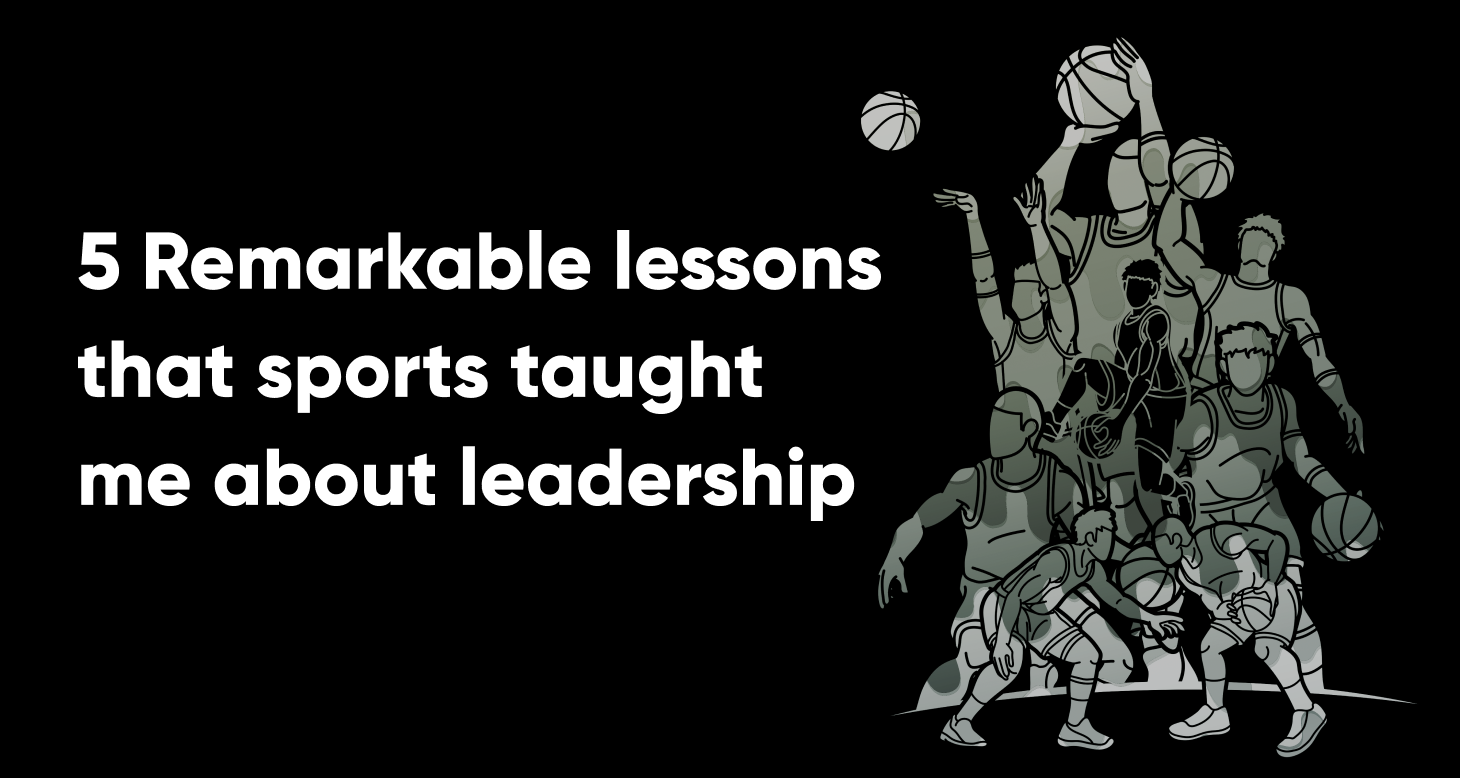 Whenever I think of building and nurturing teams from scratch, my mind reels back to my kick-ass basketball team at IIT Delhi. I must’ve spent more time on the court and with my team at IIT than in the classrooms (not something to brag about!). When I look back on it, those years spent on the basketball court taught me more than any classroom would have, as these lessons continue to inspire the mindset & culture at Sourcewiz.

Competitive sports are unlike anything, you put in the blood, sweat & tears, every single day preparing for that one big tournament. The only thing you have control over is the work you put in daily to maximize your chances of winning.

Like clockwork, we would report to the basketball court at 6 p.m sharp, and for the next 3-4 hours put our heart and soul into the practice session. Our success or failure was not determined on the day of the annual Inter-IIT tournament, but rather by the work we put in from the onset leading up to that match.

While most start-ups would seem like overnight success from far away, up close you’ll see the hard work that the team puts in every single day before they reach that stage of explosive growth, or that big funding round. Even when it’s hard to see yourself winning the big tournament, put one foot in front of the other, and good things shall happen.

Lesson 2: Your culture is your legacy

We've all seen those rogue star players who 'appear' to be too vital to the team's success, yet rarely act in accordance with the team's culture.

One of the best players in our team was barely ever seen at team practice sessions. When it came to individual skills, he was no doubt the best. But when the time rolled up for an important match, he hardly knew the game plan due to lack of practice. Whatever points he could score were lost just as quickly due to his poor coordination with the rest of the team. It left the other players feeling disappointed. Those that don’t behave in the best interest of the team are always detrimental in the long term.

It's better to shift your focus on developing ‘team players’ who embody your company’s culture and uplift the entire team. When building an organization that creates a ‘legacy’, having a long-term focus on promoting the right kind of people is extremely important. When hiring at Sourcewiz, a person's attitude and outlook towards the team are as important (if not more) as their skillset. It’s easier said than done! Start-ups are hectic, things are breaking every day, and saying ‘No’ to a candidate who can get the job done (even if in the short term) is anything but easy. In all those times, I have to remind myself of these instances and focus on the bigger picture.

When I joined the basketball team, we had an extremely top-down culture. We were expected to show up at the exact time, a minute late meant 10 extra laps around the field or sitting out the entire game. Don’t get me wrong, I think discipline is extremely important but driving it through fear & humiliation had obvious repercussions.

To save themselves from the ridicule, players would ditch practice sessions altogether when running late. To make matters worse, they would constantly rely on the ‘team seniors’ for permission to take important shots. Even though the junior players had all the capabilities, they were too scared to pick up the slack whenever our senior players couldn’t perform. The result was that younger players felt disempowered. After a sad loss that year, some overdue changes needed to be made.

Despite losing 3 seniors (who were basically carrying the team) after their graduation, we still made it to the finals in the following year. Everyone performed! You couldn’t spot a star player in our team because there wasn’t one. Everyone took ownership and played up to their full potential!

The only difference in our approach this time around was that we empowered the players by trusting them to make the right decisions. However counter-intuitive it may seem, we relaxed the rules and instead of ridiculing people for coming late, we strived towards building an environment that they couldn’t resist. A lot of team dinners and beer-fuelled adventures later, we built genuine camaraderie and felt responsible for each other. To date, these are the people whom I call during the lowest and highest points of my life.

Every day we strive to build a similar culture at Sourcewiz. One of my best memories is when Deepam, who works mostly on our back-end, finished his work at 10 p.m but instead of rushing home, he joined Mayur, our front-end engineer who was struggling with the workload. They stayed up till 4 am to finish the code for the next morning’s release. Nobody asked Deepam to do it but when you build genuine relationships at work, these kinds of things happen naturally.

Your organization is only as good as the people in it and whether they are set up for success. The concept of positions in sports is a true testament to this. When you put people in positions best suited for them, it maximizes their chances of success. If Kobe Bryant was running the team's offense instead of being a shooting guard, that would be a loss because his innate skills lie in shooting accurately from longer distances.

While that is tried and tested, you should always have generalists in your team who can fill in multiple roles when needed. It makes it easy to make in-game strategic decisions when you have some players who can play multiple positions and fill in for others.

The first two hires I made at Sourcewiz were both generalists who have now taken important roles in setting up our sales and customer success teams. Back then I had no clue what our GTM strategy would look like, so Arun & Shrenivass provided me with the needed flexibility. On the other hand, our tech side has a comprehensive roadmap & we have a lot of folks matched perfectly to their skillsets. Despite that, we always make sure that some of those talents are full-stack and can contribute across the board.

It’s hard not to be insecure when you grow up in the Indian education system. It's an endless race, from getting the first rank in class to a seat in a top college - one where coming first is the only acceptable outcome. Basketball was different. It didn’t matter who scored the points as long as the team won the game. When height is your competitive advantage, you let your tallest player lead the game and score through them. Similarly, when speed is your advantage, you rely on the shooting guards.

My coach always used to say, ‘Make yourself useful even when you don’t have the ball’. This saying is etched in my mind and taught me that even when the limelight is not on you, you should find the best way to contribute to your team.

Similarly at work, even if you feel you’re not running the most important project, remind yourself that an organization is built through everyone’s collective efforts. I understand that as the team grows and as a company starts implementing ‘appraisal cycles’, this is easier said than done. I am looking forward to that challenge and innovating on ‘People & Culture’ policies to ensure that Sourcewiz is ‘not a zero-sum game’.

These are just a few of the many lessons sports have taught me and I am excited every day to apply these principles to Sourcewiz as we scale our team.